THEDOG Teachings provides a proven method to awaken to the true nature of self and reality, to realize our full human potential, to become present, mindful, open and free. A state where thoughts stop, anxiety falls away, and a confident, calm inner state is realized. It is based upon the teachings of Russell A. Smith, founder of THEDOG school.

This method is now available is a single book, available as a 520-page hardback or downloadable PDF, and is called The Blueprint of Consciousness. A definitive account of everything that a human being needs to know in order for them to reach their potential and awaken.

Seventy years ago, Gurdjieff left his amazing work to the world. Unfortunately, Gurdjieff awoke subjectively, and as such, his teachings remained dormant because by law, subjective ways cannot be taught in books, nor replicated by others.

Fortunately, thirty years after Gurdjieff’s death, Russell A. Smith deciphered the secrets Gurdjieff left behind, and as a result he awoke. Ten years later, he discovered an objective way to awaken others.

Realizing the magnitude of that discovery, he wanted to protect it, as he saw how Gurdjieff’s teachings had become distorted. Thus, in order to prevent it from exploitation, Russell chose to control the narrative, and as such, he personally and individually began showing others how to awaken, and since then, hundreds have.

The Blueprint of Consciousness – An Accelerated Path to Awakening, is an objective testament to what Gurdjieff intentionally left behind, and provides, for the first time, a repeatable way for everyone to realize the meaning and truth of their existence, which was what Gurdjieff wished for us all.

So, if you are seeking Truth, rejoice, because an objective and accelerated path to awakening now beckons you.

The Blueprint of Consciousness is a 520-page Hardback book (also available as a PDF download) containing 166 charts, diagrams, and pictures – making it easy to comprehend, digest, and understand. It explores the structure behind all phenomena in the Universe; a structure, which, when understood, allows you to acquire a Great Secret and a Great Truth, as well as perform an objective exercise called, “The Objective Exercise,” which unifies your three lower centers into one, and as such, awakens a higher state of consciousness.

Woven within, is Russell Smith’s seminal book Gurdjieff: Cosmic Secrets – a $25 dollar value. It explains the laws of world creation and world maintenance using simple mathematics that everyone can do, and good common-sense ideas that everyone will understand. –

What you can expect - as explained by the author himself:

"Hi, I'm Russell A. Smith. Over the past 30 years, I have taken hundreds of seekers on the inner journey to awakening....

…Because awakening is so important, and because the journey took around 8 days to complete, I only allowed one student at a time to come and study Gurdjieff: Cosmic Secrets with me. Wherein, I thoroughly explained to them the laws of world creation and world maintenance and then led them through The Objective Exercise. When I did … they awoke.

That method of operation persisted for nearly 30 years. However, as I approached the age of 70 and was no longer young and spry, I decided to stop individually taking seekers on the journey, and instead placed the journey (and The Objective Exercise) in The Blueprint of Consciousness – An Accelerated Path to Awakening.

The Blueprint of Consciousness is a word-for-word accounting of me individually taking others on the objective journey; a journey to awakening placed in a book. One that everyone can take, at their own pace, in their own time, without needing me.

In addition, if you would like to glimpse how those students awoke, here is the 8 day agenda that they followed, and its results.

Chapter 1: When we began Chapter 1 of Gurdjieff: Cosmic Secrets, some were afraid of the math, but by the time they did the homework at the end of Chapter 1, and the first two octave worksheets, and saw that the math was just the proportions of one simple recipe, adjusted to feed varying amount of people, they confidently said, ‘Wow, I only have to know one recipe. Give me another worksheet. This is easy. I can do this.’

Chapter 2: They started to grasp Creation, and when I stretched and rumpled the fabric of the Universe and created the Diatonic Ratios, they began to sense that there was something very objective about this work.

Chapter 3: At the end of Chapter 3, they realized that it just might be possible for them to awaken. After all, it was their right, and they had the necessary parts. As such, they began to do the THEDOG training exercises with great force, so that they would be super prepared for the now perceived real possibility of success.

Chapter 4: Harmonic stability became a reality, and the exquisite math of oscillations and the tRNA molecule set them a shaking. In fact, they often uttered, ‘Oh my God, this is incredible.’

Chapter 5: Assisting forces appeared, which further put a nail in their coffin of uncertainty; after which, they started expecting to awaken.

Chapter 6: A matrix of outer octaves unfolded before their eyes, and when it did, everything in the Universe began to make sense, to where they no longer expected to awaken, but started demanding it.

Chapter 7: Everything that was not covered in the first 6 chapters was finally unveiled in Chapter 7: That is, all the knots were tied and the bows affixed. Then, when they self-discovered the Lines of Supervision in an Enneagram, most began to tremble. They were ready!

After one final night of polishing their centers, the ones that were needed for awakening, we met the next morning around 11 AM. At that time, I explained The Objective Exercise to them in detail. When I did, they saw it, they understood it, and they realized it was infallible, and as such, they knew that they were going to awaken.

So, I locked the door, disconnected the phone, dimmed the lights, and played some ‘I can barely hear it’ instrumental, New Age/Zen type music (something, which they could not easily focus on, nor recognize) … and then, I led them through The Objective Exercise, which took us about 15 minutes.

When I did, they awoke.

After which, they sat there silently. Their random thoughts had stopped, and they felt the presence of their Steward.

Most were afraid to move or even to open their eyes, as they did not want to do anything that might cause their awakened state to go away.

Fortunately, when it did not, they eventually opened their eyes, looked over at me and smiled; I smiled back.

Then, in silence, they went up to the guest room, and exhausted, usually took a nap.

After their nap, when they realized that their Steward was still present, they found their way back downstairs … grinning like the Cheshire Cat.

We nodded, and they became a student of THEDOG.

After which, they usually asked, ‘Can you show me how to awaken the Higher Mental Center as well?’

The Blueprint of Consciousness

Take the journey and awaken 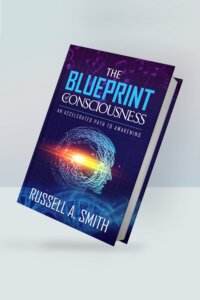 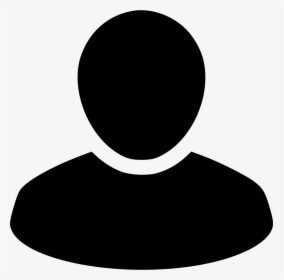 1. “The only real way for you to know if it matches its promises, is to observe yourself and get feedback from others. And then, you will know, like I know, that IT WORKS! I learned how to ‘not do,’ and how to ‘consider others,’ instead of ‘considering myself,’ which has allowed me to make wonderful connections with a variety of folks to whom before, I would have reacted negatively. There are a lot more benefits of course. But this one I can confirm without any doubt, I am awake!”

“Your skepticism is welcome. THE DOG Teachings is backed up by math and science, so your skepticism will be satiated, and your mind will be unlocked. The people behind THEDOG Teachings are of the quality we all strive to be. So, you know the teaching is sound.”

“... it feels ‘anti-climactic’ in its “obviousness.” Like I’m SUPPOSED to be this way. I expected some kind of Hollywood-esque “whizz-bang” awakening, but it has given me a profound silence that I have never had before - and by CHOICE! I want to protect this like I do my own child – not out of fear that I might lose it, but out of gratitude that I have found it. Thank you so much for this! …”

Having been so burned by pseudo-schools in the past, I was very skeptical as Russell welcomed me into his home in September 2016. But he was warm, humble, charming, funny, and a wonderful teacher. Amazingly, ‘The Objective Exercise’ worked! My mind was silent for about 2 days. I was intensely alive. And I finally had that “Double Arrow of Attention” towards both myself and to the world around me almost all of the time. It didn’t go away. This is the Real Deal. If you read ‘The Blueprint of Consciousness,’ work at it, watch the videos, and do the exercises with real intent, you will wake up. No fooling.”

“I want to thank you so much for the book, the podcasts, the website, and all the resources! I completed your book and did The Objective Exercise. This is the first time in the 20 years I have been studying fourth way material and practicing different exercises that I actually felt a shift in my experience. I feel the presence of the passenger, and feel a presence behind movement, emotion and thought, which is able to see them all. Thank you so much for this exercise as I am truly grateful for the quiet, I now feel inside.”

“I completed The Objective Exercise this morning after studying the 7 chapters, and I’m not sure what I was expecting but there was this gentleness that came to me through the back of my neck. And now, just like you said, it is quiet. Thank you so much for writing the book, I’m very grateful to have found it.”

“I completed The Blueprint of Consciousness, and I did The Objective Exercise two days ago, using the guided audio. I’ve spent the last couple of days pretty much floating on air, feeling presence, marveling at how crisp my senses are, and the fact that I can now choose to either hold a thought or silence my mind altogether. The stillness within is remarkable. Unlike anything I’ve experienced before, and the underlying tension in my body (I believe born of angst) is, for the most part, gone.”

“Read the book, do the exercises, and you will awaken.”

“From experience, I find the teaching that Russell has found, developed and honorably taught to students of THEDOG, for over three decades, is real, and may be the only known objective and repeatable way to awaken on the planet right now.”

10. “I am so excited that Russell has placed his teachings in The Blueprint of Consciousness, not for myself, but for the rest of humanity”