The Discovery of an Objective Way to Awaken Higher Consciousness 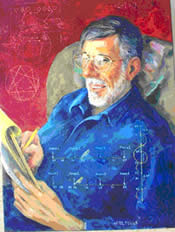 An objective way to awaken higher states of consciousness was discovered by Russell Allen Smith in 1990.

This is his story.

He stumbled upon the Gurdjieff work in the late 1970s, and saw so many great truths contained therein that he did not want to do anything else but study himself. Thus, from that day forward, he spent every waking moment observing his mechanicality. He read for hours on end and tried to remember himself for months and months and months. Then, in 1980, his Higher Emotional Center, unexpectedly, out of nowhere, began to function … and he became self-conscious.

Note: When a man awakens, one of the first things he will notice is that he has a double arrow of attention … one attention on what he is doing and a second attention observing himself doing it. In addition, his thoughts will stop. That is, he will observe the world without the constant, random, play-by-play commentators. The place will be silent. And, the silence will be incredible. In such a state, one begins to experience what is actually going on.

How would you know if you woke up to higher consciousness?

So, Mr. Smith’s awakenings were, indeed, knowable. However, when they occurred, he had no idea of what they would bring … nor, did he have an agenda.

A School of Higher Consciousness

He was not out to attract students, to become a teacher, or to start a school.

You should know that before he awoke, he was eager to share his beliefs with everyone … to let everybody know what he was doing – what he found, what he learned, and what he liked. He would tell people, “You should read this book, watch that movie, go to my church, or be interested in such and such,” … and then, if they did read that book, watched that movie, attended his church, or became interested in such and such, it validated his beliefs; and the more people he persuade to like what he liked, the more valuable what he liked became.

And as such, when people came into his life and questioned him about higher things (because they sensed something higher in him), he resisted talking to them.

He did not want to proselytize the work. It was too precious. It needed to be protected, not diluted.

However, some of the folks, with whom he had frequent contact, kept approaching him and asking him questions. Questions about who he was, why he seemed so different, what he studied … and, if he was studying something, if they could study it, too?

How he became a teacher

Eventually, a persistent few drew a response from him … so he gave them a copy of The Psychology of Man’s Possible Evolution by P. D. Ouspensky to read. Those, who read it and wanted more, he gave them The Fourth Way to read, also by Ouspensky, a book he had read a hundred times.

After that, if they came back and still wanted more, he began to answer their questions.

So, like it or not, he was forced to become a teacher.

Soon, a group of seekers gathered at his home whenever he was in town, as his employment required extensive travel. Those seekers became serious about their work and about the teachings of Gurdjieff. And, over the next several years, they continued to ask intelligent questions and to make exceptional efforts.

During that time, he made many discoveries about the inner-world of man and about the laws of World-creation and World-maintenance; discoveries, which would ultimately lead him to discover an Objective Exercise that caused the parts of man to unify … and the man himself, to awaken.

All Previous Ways have been Subjective

It happened thus. It was 1990. He was in New Orleans training a salesman … and one night after dinner, when he got back to his room, he put the following question to his Higher Mental Center, “Why are the students who have been studying with me for many years not awake? They read the books I read. They do the exercises I do. They are sincere, hard workers. Why are they not awake like me?” 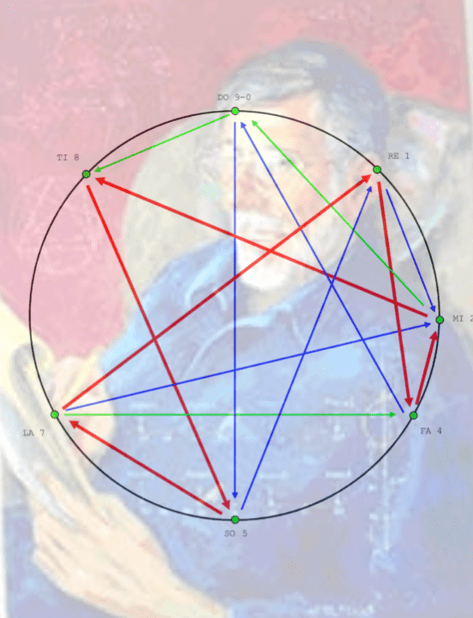 “You awoke subjectively,” it said.

“All schools die when their teacher dies.

“No one can pass on to others the subjective way in which they awoke.”

A story of a man trying to awaken

The higher then told Mr. Smith the story of a man who was desperately trying to awaken…. Wishing. Praying. Seeking.

One day the man was walking through the forest. His eyes were on heaven, his thoughts were on God, his mind was on his quest, and his prayers were on his tongue.

Unfortunately, he was not watching where he was walking, and in sandaled feet his toe struck a root.

He kicked the root with such force the pain was excruciating. And as a result, he grabbed his toe and started hopping around on one foot.

At that moment, because of that event (coupled with his search, his quest, his wish, and his prayers) his machine aligned and the man awoke. It was glorious. He became enlightened.

Afterwards, everyone who came into contact with him started quizzing him, as to who he was and what he was studying.

As such, he told them of his quest, his wish, his prayers, and how he had kicked a root and awoken.

Soon, a school formed around the man; a school, based on his quest, his wish, and his prayers – with hundreds of students all walking through the forest trying to kick a root just like he had done, in hopes that they too might awaken.

And, when the man died, his school died.

You cannot pass on a subjective way

We repeat, “You cannot pass on a subjective way!”

The higher revealed to Mr. Smith that throughout recorded history, all enlightened men have failed to show others how to awaken because they were unable to pass on the subjective way in which they, themselves, awoke.

It also made it very clear to him that he, too, would be unable to pass on to those who were studying with him (no matter how sincere they were or how hard they worked) the subjective way in which he awoke.

That is, no enlightened person has ever been able to show anyone else how to become enlightened.

That truth – that all ways are subjective ways – was terrifying, and caused great concern to arise in him.

We repeat, “No enlightened man has ever been able to show anyone else how to become enlightened.”

When Mr. Smith realized that, he does not know why, but he looked back at his higher center and yelled, “Then give me an OBJECTIVE way!”

The Objective Exercise to Awaken 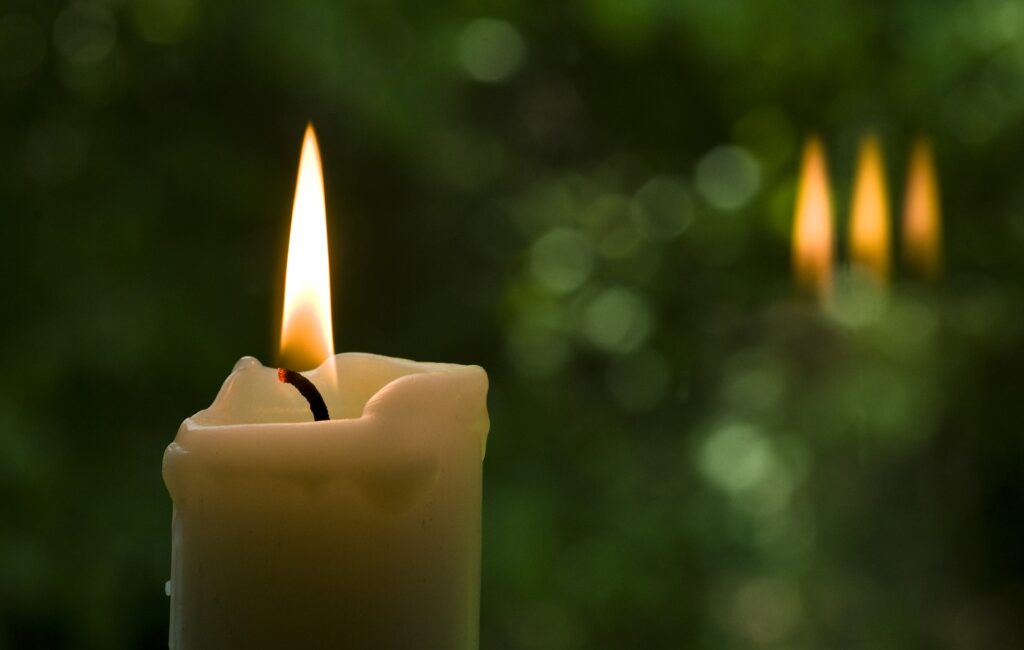 It said, “You have already figured out the structure, i.e., the rules and laws, and if you teach those rules and laws to others and then tell them this Great Secret and Great Truth, they will awaken.”

It then gave him a very simple exercise, and when it did, he realized it was infallibile, and as such, that he would be able to show others how to open their eyes and awaken.

He saw how everyone, who learned the rules and laws and did the exercise, would awaken. That his school would not die when he died, as he had been given an objective way.

He arrived back in Dallas on March 31st, 1990, and the following day, which just happened to be April 1st, his students assembled. At which time, he gave them the exercise and told them the Great Secret and the Great Truth.

When he did, they opened their eyes … and awoke.

Needless to say, they were ecstatic.

It was the most significant and objective day of their lives, and as such, from that day forward, they began referring to the exercise as, The April Fools Exercise or The Objective Exercise, which is what they still call it today.

As time passed, it became collectively understood that their awakened state was truly remarkable. That prompted several of them to make the following demands of Mr. Smith, “We want you to be available full time … so, quit your job and stay home; we will support you.”

They further suggested that he should write a book and share his discoveries … saying, “There must be others like us out there, who would also love to learn the Great Secret and Great Truth. So, let’s buy some land, and have a place – a school – where people who are seeking an objective way can come and awaken.”

So, they bought some land … and, Mr. Smith wrote the book, Gurdjieff: Cosmic Secrets, which was published in 1996. 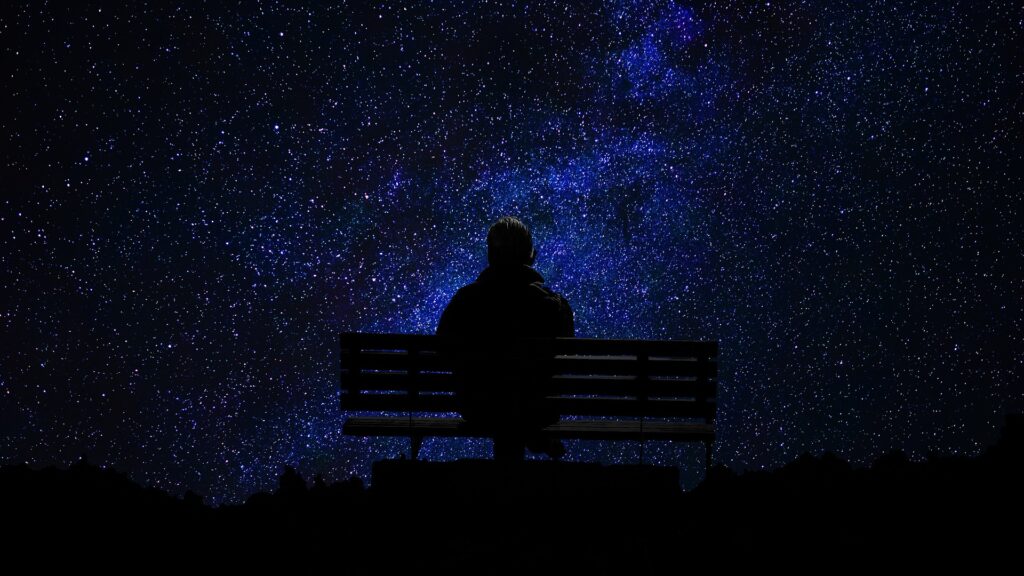 It drew great interest from the Fourth Way community, so much so, that an international conference was held in Bognor Regis, England to discuss his discoveries. In 1997, a second conference was convened. At which time, Mr. Smith informed the assembled audience there was an objective way to awaken. It required “ten days” – two days travel – and eight days studying Gurdjieff: Cosmic Secrets, one-on-one, with him.

No price tag on consciousness

Thus, immediately after the second conference, people from all over the world began booking their ten-day journey to Texas.

Not surprisingly, most of the folks who came – and completed the journey – wanted to support the school. Some even wanted to move there … but, all wanted to become students and continue their objective journeys. That is, to awaken their Higher Mental Center, and also acquire reason and impartiality.

With such a diversification of students, Mr. Smith was compelled to create THEDOG Forum on his website thedogpub.com, which allowed them to stay in contact with him … as well as gave them access to an Archive of his teachings.

So, that is Mr. Smith’s story; the story of how he awoke, of how he became a teacher, and of how he found an objective way of showing others how to awaken.

The Inner Journey is now Available to Everyone

20+ years later in 2014, after surviving a brain tumor, a 14 hour surgery, and a year’s recovery, Mr. Smith decided that he would no longer personally take students through Gurdjieff: Cosmic Secrets.

Fortunately, during that time, many of those one-on-one sessions of him taking others on the ten-journey were recorded, and later on, transcribed. Finally, they were placed into The Blueprint of Consciousness – An Accelerated Path to Awakening; a publication that makes it possible for everyone to take the journey, even those who cannot come to Texas.

Mr. Smith, of course, is still available to answer questions about his first book, Gurdjieff: Cosmic Secrets, which can be purchased at Amazon.

However, if you would rather take the journey and awaken, you can purchase The Blueprint of Consciousness, the Objective Exercise, and the Great Secret and Great Truth for just $149.00; or a PDF of the same for only $90.00.

If you do so, you will also receive Mr. Smith’s first book Gurdjieff: Cosmic Secrets – a $25.00 value – for FREE, as it has been woven within The Blueprint of Consciousness.

Several podcasts of Mr. Smith’s teachings are also available. They too, are FREE … and can be found here.

After spending the majority of his adult life teaching others how to awaken, Mr. Smith wants The Blueprint of Consciousness, the Objective Exercise, and the Great Secret and Great Truth to be his parting gifts to humanity.

He is confident that they will do for you, what they have already done for so many.

Buy the Book or The PDF
Shopping Cart