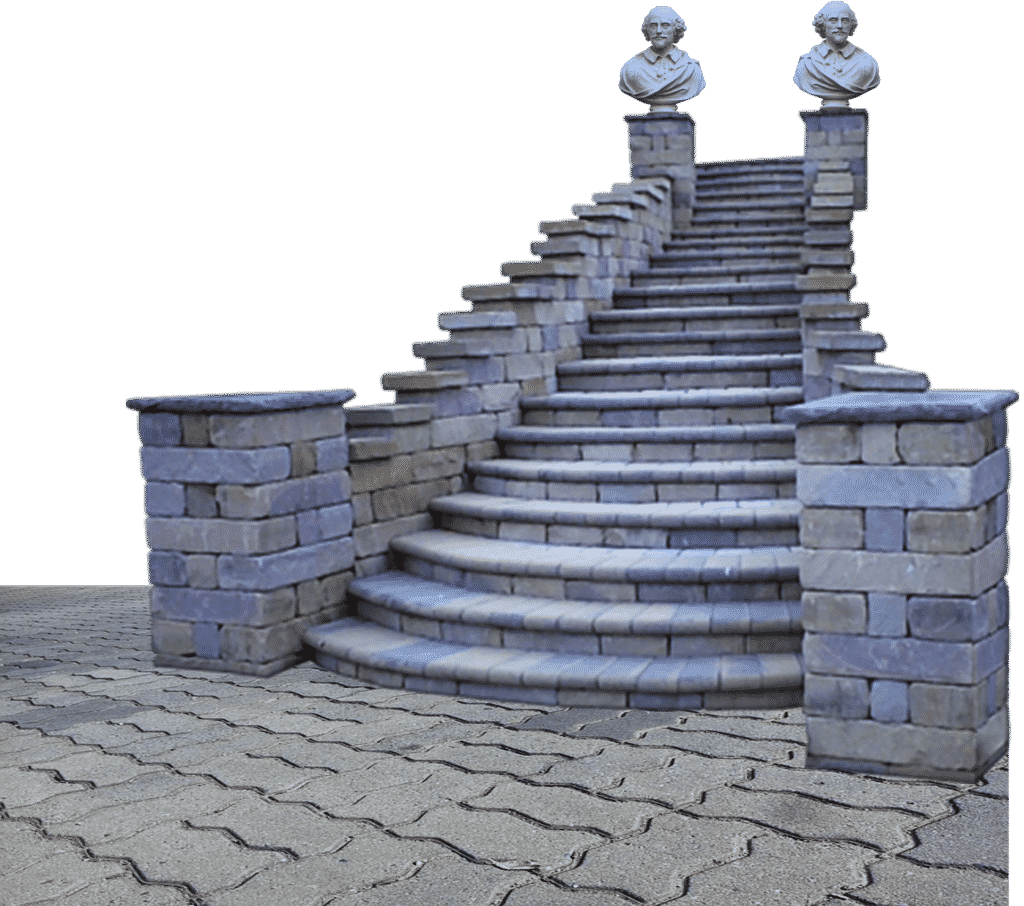 In this podcast we discuss higher and lower centers, the formatory apparatus, mapping of cards to centers, ways to awaken, accumulators, the Objective Exercise, and how belief structures affect our world.

Welcome to a series of talks about objective consciousness, an objective universe, and an objective way to awaken.
We expand upon the works of George I. Gurdjieff, with Russell A. Smith’s THEDOG teachings, which imparts a proven way to awaken objectively. All material discussed is drawn from Russell Smith’s book, Gurdjieff: Cosmic Secrets - The Teaching Guide, and this and all supporting material may be found on our website at thedogteachings.com.
In our last talk we went through the topics of oneness, dreaming and imagination, the mind and brain, attention, suffering, how to deal with negativity in people and the world, and what Gurdjieff’s Hasnamuss means. In this podcast, we discuss higher and lower centers, the formatory apparatus, mapping of cards to centers, ways to awaken, accumulators, the Objective Exercise, and how belief structures affect our world.
To begin:
Q. I read that we are a microcosm of the Sun Absolute, and we have higher centers that we need to develop?
A. Yes, many inner world analogies can be drawn to Gurdjieff’s models of external world forces. We are a whole system. We have tiny cells (like the world of the microcosm). Then, those cells join together, and more complex systems are formed: tissues, organs, until a multi-centered factory is formed. We are then a Tetartocosmos, running with four centers… and, when we have our two higher centers functioning, that is, when we have our I and our AM together, as Jesus said, “I and my father are one”, we start to taste that oneness. Jesus also said, when he was asked where the kingdom of heaven was, that the kingdom of heaven was inside of you. Well, if God lives in Heaven, and if the kingdom of heaven is inside of you, then, when your centers are functioning with reason and impartiality, you will be God for the kingdom of you. Higher Feedback, and several other exercises that we do, reveal the properties of higher centers, and relate to having both knowledge and understanding, which comes from a higher place. So yes, the closer we come to oneness in ourselves, the closer we come to that representative of God in ourselves.

Q. So, we say that the jack of the intellectual center is the formatory mind or is it really only the two of spades?
A. Well, we say that it is the most mechanical part that we use. So, it is most likely the two of spades, the mechanical part of the mechanical part of the intellectual center, that is why it sees things in twos, which is minimally sufficient for survival. We do not need to do anything more to survive than to compare two things… to use the weakest guy, which, by the way, makes us superior to all of the other animals.

Q. So, the formatory apparatus is the two of spades of the jack of spades?
A. The formatory apparatus is the jack of spades, of which the two of spades is its mechanical part, which is the only part of it that we use.
Q. When my children were young, in school, most of their work was memorizing things but that does not seem to be the work of the kings? How would that be different from this memory work?
A. We put things into the three of spades and the four of spades, not the kings. We have all memorized the alphabet. Everybody knows the alphabet. You probably learned it by singing it and as a rhyme. Isn’t that how you learned it? You learned it as a song-like rhyme. Try saying the alphabet without singing it and see how well you do. Singing is partly in the moving center, that is, by the formation of the mouth, and partly in the instinctive center, by the cadence and the rhythm. Remember that most of our intellect takes place in our moving and instinctive centers. That is why, if we cannot remember how to spell a word, we try writing it. And why we sing the alphabet. We memorized many things in our youth, which allowed us to develop some of the three of spades and the four of spades; but unless they were put to song or rhyme, we have long forgotten them. We did do some other work on those and on other parts of our intellectual centers, but that was mostly for survival. Once survival was not an issue, we stopped memorizing things. Most of what we memorized was in the first few grades of school. What did you have to memorize in high school? You already knew the alphabet and had the times tables down. Maybe you had to memorize a poem; but most of the time, all you had to do was summarize a book sufficiently to pass a test.
Q. In reading, it says, “If lower centers are balanced and acquire sufficient Being, they become connected with the higher centers.” That does not sound quite right to me. Could you explain?
A. The word connected may be throwing you off. The truth is, when lower centers unify, they become higher centers… just like, when cells unify, they become tissues, or when tissues unify, they become organs. So, when we do the Objective or April Fools Exercise and unify our lower centers, we do not connect to a higher center, but rather, we create one.

Q. How can we find ways to be more in touch with the higher accumulators and not just depend on the lower ones?
A. Super efforts. The same kind of thing that a long-distance runner gets when he gets what is called a “runners high”. Someone who runs and runs and, all of a sudden, hits the zone, where running just seems effortless. That is, he has tapped into the large accumulator.

Q. Would the exhaustion that comes from being very sick be an example of that?
A. I don’t know if that is really the same model as being in the large accumulator. With illness, we know that the instinctive center will start stealing force from other centers. It is the classic model of, if you are ill, the machine will say the top priority is to survive; as such, it will put the instinctive center under group authority and start pulling energy from the moving center, which will probably cause you to want to go lay down. If you are really sick, it will start stealing force from the emotional center and will cause you to become non-emotional; dull and bland, without any emotions. And, if you are really, really sick, it will finally start stealing force from the intellectual center and make it hard for you to even think or reason, after which, you become unconscious or maybe even coma like.

Q. When we are sick, are you talking about something attacking us from outside ourselves?
A. Having a virus is an example. That comes from outside of ourselves and causes the body to say, we have been infected, and need to attack this virus, and if the instinctive center is not being very successful at attacking the virus, it will need to get some help. It first gets help from the moving center and, as I said, the body will get lethargic and will need to go lay down.

Q. I do not know much about the energy of a person picking up a car. That sounds like adrenaline or something?
A. That is quite right. Something gives the body incredible energy at difficult moments. Maybe the adrenal glands are the large accumulator, and release adrenaline, which gives people a burst of energy in times of stress.
Q. You have spoken about a way to deal with cancer in the body… to visualize a ‘machine-gun’ to deal with cancer in the body.
A. Yes. If we take a look at the medical data, we will see that a lot of people get cured by placebos. How is that possible? How can someone be given a sugar pill and end up being healed? It shows us that belief structures are powerful. We see ads on TV for some medicine and the announcer says, “Fifteen percent better results than a placebo.” Wow, some people got healed with a sugar pill. How? Well, it is because of belief. The doctor in charge of the clinical trial said that this medication could cure my disease. And even though it is a blind clinical trial, where some people get it, and some people do not.” I am sure that I am one of the test subjects that got it, and I say to myself, “I’m going to be healed. Isn’t that wonderful?” and my belief structure heals me. My own body, given positive reinforcement, given positive suggestions, believes it. Thus the body heals itself.
This is a true story. Some little kid had cancer, and the doctors did not know what to do. They told him he was going to die. As a result, he was kind of down in the dumps; but he played video games a lot, so his mother said, “Why don’t you just run around inside your body and shoot the stuff?” So, he did. He imagined himself running around inside his body, just like in a video game, and when he saw some bad stuff, he would shoot it, destroy it, and kill it. Phew, phew, phew. Seven months later, when he went back to his doctors, the cancer was gone. He took no medication during that time, he only had his belief structures, and apparently, his belief structures killed his cancer.
That closes this question and answer session.d pas
Thank you for listening.
If you would like to know more about the subjects and exercises we have been exploring, including the book and guide that underpins it all, which is also available for PDF download, you can do so, by going to thedogteachings.com.
That’s T H E D O G teachings DOT COM.

There, you will be able to obtain Mr. Smith’s diagrams, listen to other talks, as well as learn all the mathematics that supports them, and much much more.

But, most importantly, you will have real time access to the material we are discussing.

Goodbye until next time.